When Scotty Lee began writing the songs that ultimately became the core of the rock band GT, he couldn’t have been any lower—physically or emotionally. At the age of 24, Lee, then already a veteran of a dozen other acts, had back surgery. But the incision and its supposed repairs weren’t permanent. Four years ago, while living north of Birmingham at his father’s outpost alongside the winding Coosa River, his spine and hips seemed to shift out of place.

And for the better part of a month, he lay down on the floor and just wrote songs.

“Then, when I got better,” says Lee with a rueful chuckle, “I put a band together.”

Seemingly well rested from his riverside recuperation, Lee indeed got busy with the new group. He’d been playing with bassist Byron Sonnier when the group was an idea more than an actual set of songs. They recruited drummer Mark Beasley and started writing in earnest.

With their new album Anything Can Be A Drug set for release in early 2018 via Communicating Vessels, GT has unveiled a new track from the album entitled “Easy To Blame”.

With singer Scotty Lee and label mate David Swatzell (WRAY) at the production helm, GT have turned another sonic corner and invited us on a trip that will surely expand the mind. 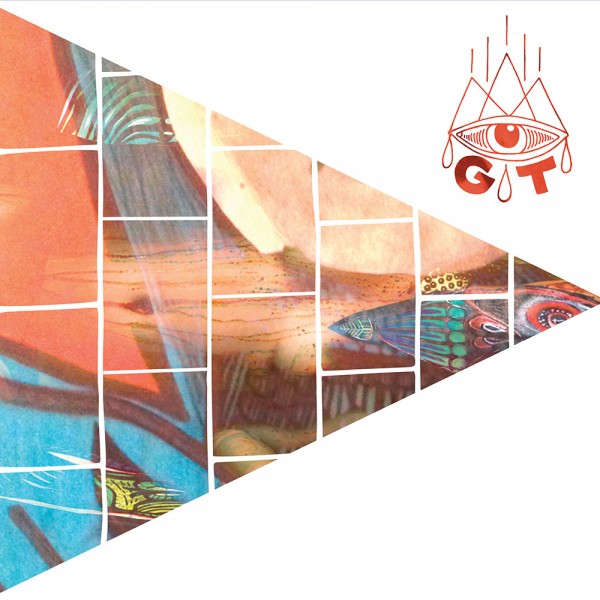 A power trio given to insistent but agile rhythms and psychedelic interpretations of standard rock muscle, \\GT// self-released two excellent EPs in 2013. Spurred by the enthusiasm of Alabama label and recording studio Communicating Vessels, who signed on to produce and release the band’s debut LP, the trio doubled down to make their best work yet—the thrilling, anthemic, addictive eight-song debut, Beats Misplaced.

"If you came to one of our practices and saw us write a song, it’d probably confuse you as much as it does us. When we hear something that makes us feel good, that’s it. If you’re not feeling good, there’s no reason to write it."

Indeed, Beats Misplaced feels like an exciting open-road adventure. That’s fitting for Lee, who lives these days in an Alabama motorcycle shop and frequently admits that the two most important things in his world are his music and his wheels. The music reflects that, as though these rock hymns were being blasted from a speaker mounted to a bike, motoring down a backwoods road and paying no mind to the law or its speed limit. “Something’s Wrong with My Mind,” for instance, surges from the start but delivers a hook that just begs you to hang on tight. The annoyed but uplifting “Life Is…” sounds as if it’s being blasted from the back of a biker bar, the band on stage too busy playing and the crowd in front of them to busy shouting the song’s mantra to notice they’ve fried the place’s cheap PA. And during epic closer “Real Good Sex,” where the crisscrossing words blur into a kind of tantric nonsense and the guitars bend into wonderfully lurid shapes, you close your eyes and just go along for the trip, happy to let the volume blow your hair back.

"Unrelenting and deeply powerful, GT are simply more mind expanding, more visceral and more psychedelic than any other contender."