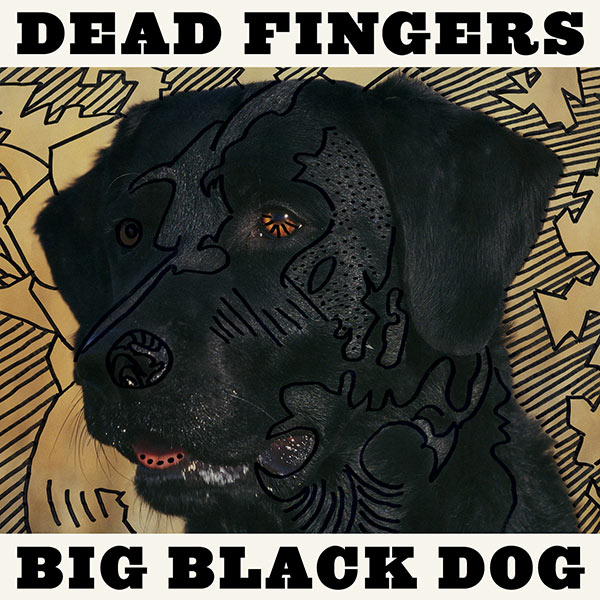 Since 2012’s eponymous debut on Big Legal Mess Records, Dead Fingers have had some time to take a step back and take stock of all of the dynamic changes their lives have undergone over the past few years. Having taken a much needed moment to adjust to the new realities of being first time parents, Kate and Taylor have added a whole new perspective to their road weary travelogues and broke beat folk/country/blues hybrid, that speaks as much to their growing maturity as artists as it does to their innate ability to put their lives squarely in the fabric of their songs.

Having fostered their songwriting skills through years of hard won apprenticeships in late night bars and dingy rock clubs, sweating out 12-bar guitar runs and sweet harmonies over air thick with second-hand smoke and tired hangers-on waiting for the sun to rise, there’s little that has missed these two as they made their way through the ranks of indie-rock reality checks both with each other and on their own.

From Taylor’s earliest days as a lo-fi axe slinger shredding J. Mascis-by way of-Johnny Thunders riffage on You Know That Summer’s Comin’, to his time spent touring with Conor Oberst and the Mystic Valley Band wrangling cosmic American music out of Mexican moorings, and Kate’s lifelong tutelage in one of the most gifted musical families the Magic City has ever produced alongside her siblings Maria and Macey Taylor, it’s easy to see why they needed some time away from the stage to think about a life removed from rock and roll.

And yet the clarion call couldn’t have been more clear for a new album. Having soaked up the insights attained by gracefully growing older away from the grind and gruel of headlining tours and hotel parking lots, it seems Dead Fingers have finally settled into a life that fits into their future as a family and a sound that speaks to their place in the world at large. Having added drummer Alan Rosser as a permanent fixture to the band, the trio’s tight-knit arrangements and shuffling twang have only deepened their communal vibe and helped set the stage for their resurgence as both a popular live act and endearing love song to the romantically afflicted rocker in all of us.

From penning acoustic remedies for heartbroken scribes like the elegant “Pomp & Circumstance,” to the playful pretzel wordplay of “Twisted,” and the metaphysical longing of “Still Haven’t Been Satisfied,” there’s enough existential wisdom for people twice their age to revel in- along with the standard Dead Fingers six string whiplash- to make this one of the most exciting albums in either of their respective catalogs. Documenting their peculiar form of domestic bliss in tracks like “Shoom Doom Babba Labba” and “Free Tonight,” Big Black Dog stands as a new chapter in the careers of two of Birmingham’s most talented musicians and their struggle to find a balance between their art and home life and all of the mixed up semiotics that lies between the two. And although the road will always call them back, their search for peace of mind and time with their family has become a new source of inspiration and music to once again light their creative fires


"Echoes of everything from cosmic cowboy Byrds to early ‘60s girl-group pop—when Kate takes the lead, Taylor’s harmonies are so simpatico the two sound like Brill Building refugees—to classic Fairport Convention British folkrock are heard in these 11 delightful tracks."