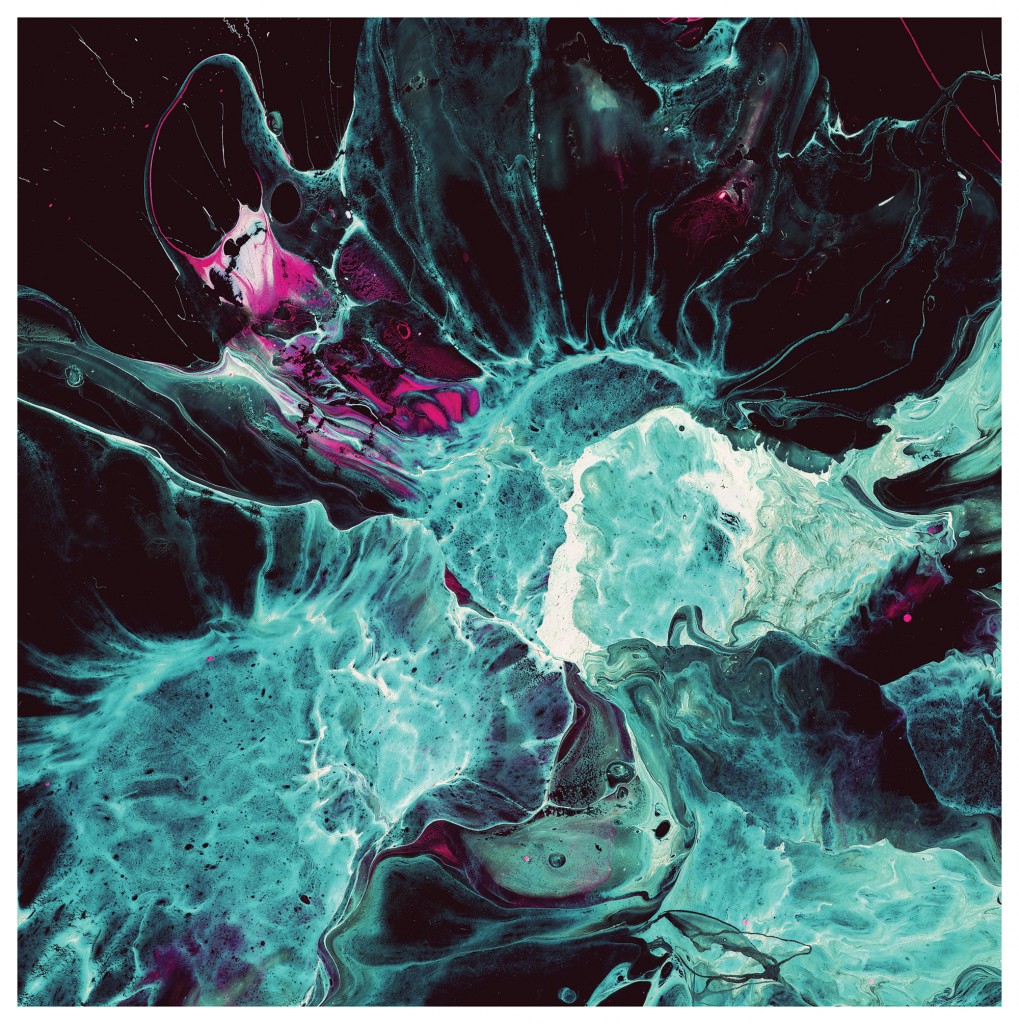 Michael Shackelford first wrote down the words “FUTURE” and “ELEVATORS” a few years ago on a rough instrumental demo. Recorded at his home studio outside of Birmingham, Alabama, the music never grew into a finished song, but that simple, surprisingly evocative phrase stuck with the multi-instrumentalist. “I liked the phrase so much that I thought I would name the band that,” Shackelford explains. “It’s about trying to rise above and be the best possible version of yourself, and for some reason I kept thinking about the glass elevator in Willy Wonka as a visual metaphor for this band I was putting together. We try to achieve this feeling of elevation.”

It’s an apt phrase for one of Birmingham’s most original musical acts. Like Roald Dahl’s fictional creation, Shackelford—the group’s founder, mainstay, and guiding creative force—is something of a pop confectioner who thinks up impossible sounds and makes them a reality. His self-titled debut as Future Elevators expertly mixes whimsy and gravity, the fantastical with the everyday. Even as he grounds his lyrics in real-world issues, Shackelford fills his songs with new and improbable combinations of familiar sounds: the jagged pastoral folk of “Alabama Song,” the Rube Goldberg blues riffs of “Machine Maker,” the retro-futuristic r&b of “Modern World,” the warm drone of the ten-minute instrumental closer “Aphrodite.”

This diverse and adventurous musicality is coded in Shackelford’s DNA. His entire family plays music, either professionally or recreationally. His grandfather ran a music school in Birmingham, his uncle plays guitar for the Temptations, and his mother performed on a local variety television show in the 1970s and ‘80s. Surrounded by music his entire life, Shackelford didn’t start making noise himself until he was nine years old. During a freak blizzard, the clan was snowed in with no power. He remembers his aunt and uncle entertaining the family by singing and playing guitar. “I went into the kitchen to get some pots and pans and started banging on them. They told me I had a good beat.”

Shackelford turned out to be a quick learner. By the time he was ten years old, he was playing drums in his grandfather’s country & western band, touring VFWs around the state. The kid was barely visible behind the drumkit, but he still made his presence known. “People complained that I played too loud!” He took classes at his grandfather’s school, then started giving lessons to other kids. “That was a really good experience for me—to be conducting classes at that age. It definitely helped later when I had to do that with bands.”

As a teenager, Shackelford started writing his own songs in his bedroom and experimenting with sonic textures on a four-track recorder. Soon he joined a band. Then another. And another. He spent the 2000s playing in the power-pop quartet the Rewinds (named Artist of the Week by Spin) and the dream-rock act the Grenadines. He toured and recorded with Birmingham-born singer-songwriter Maria Taylor (of Azure Ray) as well as local faves Through the Sparks and Dead Fingers. Those experiences were formative, schooling him in a range of musical genres while putting him at the center of the city’s lively music scene.

Between production gigs and touring jobs, Shackelford spent a year piecing his debut album together at the local studios owned and operated by Communicating Vessels (a label that is revitalizing Birmingham’s music scene and releasing Future Elevators). Recording with him was Lynn Bridges, who has worked with Devendra Banhart and fellow Alabamans the Dexateens, and the album was mixed by Darrell Thorp, best known for Radiohead’s Hail to the Thief and Beck’s Grammy-winning Morning Phase.

Shackelford played all the instruments himself, which was less about maintaining control and more about getting ideas down as quickly as possible. “Sometimes I feel like there’s a radio station playing in my head, and if I can tune in to it, I can hear all these arrangements. If I don’t act on the idea when it comes to me, I can lose it forever.”

Translating those phantom radio waves into real music lends Future Elevators a sense of urgency and spontaneity, yet for all its ambitious arrangements, the music operates on a distinctly human scale. The impression of a real person comes through on these songs: the undying wonder of an enthusiastic musician, the fears and joys of a new father, the worries of a normal guy living in a world that seems beyond his control.

Nowhere is that more evident than on “Alabama Song,” the emotional centerpiece of the album. A musical diptych, the song opens with a breezy folk melody, like a long-lost Neil Young classic. Halfway through, it morphs fluidly into a melancholy fanfare complete with setting-sun guitars and Beach Boy harmonies. “Think I’ll dig my toes in to the ground and close my eyes,” he sings. “I know that nothing’s wrong right now.”

As Shackelford explains, “That first part sounded like a song on its own, but I had this other piece of music that seemed like it fit perfectly. I wanted to deviate from a traditional arrangement, but I didn’t want to do it just for the sake of shifting gears.”

Instead, “Alabama Song” is all the more poignant for taking such a risk. “I was thinking about being a dad now and having a baby girl. I have to remind myself to like in the moment and enjoy where I am, to take a minute to realize that everything is okay for this moment. That’s why I named it ‘Alabama Song.’ It felt like home to me.”

Art Direction by Tamaryn
Design and Layout by Shaun Durkan 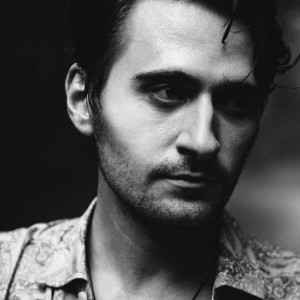 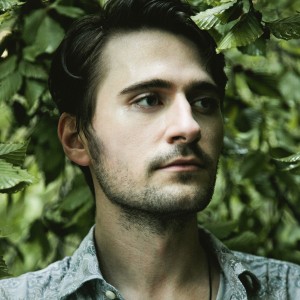 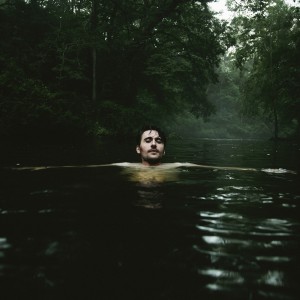 “Birmingham, Alabama boasts a thriving music scene, one that seems to cough up oddball talent on a near weekly basis. Future Elevators sit somewhere between distorted blues, Krautrock and confessional songwriting”
– CLASH

“Vocalist, Shackelford, takes you right back to the anxiety ridden sound of an early Passion Pit record mixed in, with good measure, with Phoenix. Yet the hint of blues, taken right from the porches of their hometown can hardly be ignored…It’s different. It’s bold. And it’s complete.”
– Neon Nettle

“The excellent album arrives fully-formed; crafted with insight from his experiences with an eclectic yet cohesive sound that incorporates dusty folk, blues, forward-thinking R&B and hints of 70’s glam and disco alongside 60’s psych-pop for a very promising debut.”
– Atlas and the Anchor

“…multi-instrumentalist and creative engine for the project Michael Shackelford improves the city’s (Birmingham) rich musical tapestry with a brand of indie pop that takes new wave, Krautrock, folk and chart pop and gives it a futuristic but eminently ear-friendly gloss. This album goes down easily and deserves repeats.”
– When You Motor Away

“Sounding like a cross between MGMT and Air, ‘Modern World’ has that quaint yet rich quality that so many electronic groups try but just seem to fall short of the mark. Future Elevators have that golden touch that will surely be their key to greatness soon.”
– Mystic Sons