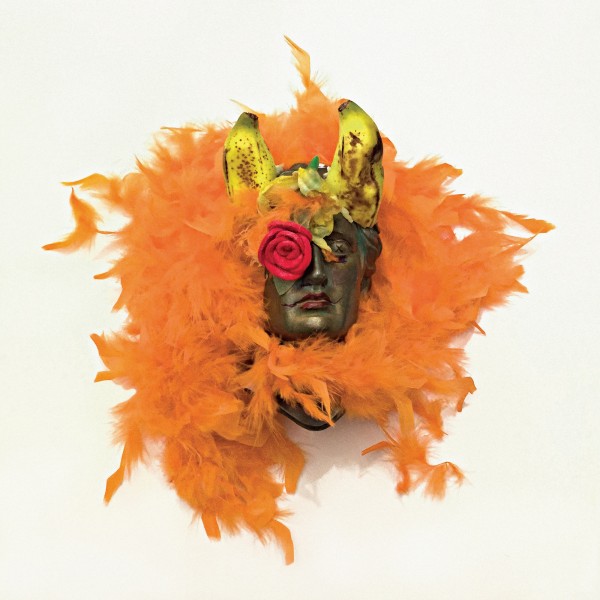 The veteran Birmingham, Alabama, indie-psych band Through the Sparks recorded their new album, Transindifference, so that frontman Jody Nelson could stop beating people up.

Not physically, of course. Over the course of the group’s decade-plus career, he has penned some dark songs about real-life subjects: the encroachment of death, the absurdity of modern life, the tribulations of the American office rat, the insatiable wanderlust of contemporary suburbia. It was beginning to wear on him—and, he suspected, on his audience. “We were playing an outdoor festival, with all these people walking around barefoot,” Nelson recalls. “And this guy walks up to me after our set and is like, ‘Great stuff, man, but you really don’t have to harsh the mellow. You don’t have to take it out on the crowd.’ Every time I found myself singing to crowds of people, I just felt like I was beating everybody up.”

Through the Sparks have never been downers. In fact, their live shows are vivacious and intense, the music endlessly inventive, largely because they have always seen music as a means of expressing and hopefully dispelling the fears and doubts that dog everyone. It’s an approach that has served them well since the early 2000s, when they played their first show together. Over the course of two full-length albums, two EPs, and three compilations, they have developed a unique brand of rock and roll, rambunctious and raw, diligent in its quest for new sounds and in its combinations of psych, prog, and indie influences.

Transindifference, however, marks a subtle, yet meaningful, shift for Through the Sparks, especially for Nelson. First of all, he says, “I wanted to be less dark about things. I wanted to put some positivity in there. After I stepped back from the album, I realized that the scope had widened. The pendulum had swung the other way.” At times the imagery is almost cartoonishly violent, but more often it is beguilingly absurd, as Nelson plumbs dreams and myths as subject matter.

In other words, Through the Sparks loosened up a bit, if a band with such a supernaturally tight rhythm section can ever be described as “loose.” By doing so, they have created their best and most exciting record to date, a potent dose of effervescent psychedelia that’s both bluntly straightforward and slyly elusive: Somehow it reveals new secrets with each listen, new depths and new stakes. Transindifference is the sound of a band at the top of its game.

The sessions were generally freeform, with every band member bringing in ideas that either grew into new songs or completed existing ones. That anything-goes process complements the band’s uncemented line-up and its everybody-plays-everything ethos. “We all trade instruments in the studio and on stage,” says Nelson. “On this record everybody had at least one bass guitar track. I guess that’s the instrument that gets handed off the most. It all just depends on who has the bass when the song is written.” It was important for them to cut everything possible live—“even the really weird-sounding stuff. We wanted to track as much as we could live so we wouldn’t go back and change things or fix mistakes.”

That volatility is evident in the furious krautrock thrum of opener “Execution,” the inside-out swamp stomp of “Living Rooms,” and lighters-up bravado of “Gas Giants.” The energy of the music matches the outsize absurdism of Nelson’s lyrics, which detail wars without end, the tedium of cubicle culture, the intersection between biology and spirituality, and other cosmic jokes. There are human sacrifices in these songs, headless strangers and at least one poorly timed self-immolation. The mundane bleeds into the fantastical, the Beatles into Jodorowsky, as the band punctuate their dogged philosophical inquiries with windblown guitar solos.

And yet, for all the rope-burned dogs and double-helix halos, musically and lyrically Transindifference is a midlife-crisis album—a surprisingly moving one, in fact. Through the Sparks incorporate ideas from some of their favorite bands from their own teenage years, from the motorik thrust of Can to the starburst jams of David Bowie to the toys-in-the-attic derangement of Pink Floyd. “Burning Bush” includes a nod to The Wall, a quote from “A Day in the Life” (“blowing your mind out on the couch”), and a George Harrison chorus (“Hari Krishna! Hari Hari!”), while closer “Heavy (-30-)” poses some not-entirely-rhetorical questions of the chorus: “Didn’t we give you your flying dreams, and monkeys on motorbikes and doubleneck guitars?”

That song closes the album with a long glance backwards—specifically, to Nelson’s own adolescence, when he first fell in love with rock and roll. “When you’re nineteen, all you’re thinking about is girls and guitars. At least that’s all I was thinking about. I was just an idiot! And yet, there’s something so innocent about that, too.” It’s not light material, but it’s not what he would call combative either, and Through the Sparks finds big-hearted humor in the wreckage of his teenage self and that kid’s tennis-racket guitar solos.

Of course, the teenage Jody Nelson resembles the adult Jody Nelson, who still plays in a band with his childhood friends and still obsesses over every aspect of rock and roll—its creation, its consumption, even its consequences. So, by making fun of his younger self he’s also making fun of his present self and even his older self, and that dogged self-assessment lends the album a sharp sense of humor and a bittersweet sense of melancholy. “I think about that kid and want to tell him that it’s just a stupid electric guitar, you’re drinking too much beer, that’s all you care about. But man, that’s still what I love to do! I still think one of the most important things in the world is rock and roll music, and that’s so silly.”

Perhaps, but that’s the essence of the band: the idea that the dream of rock and roll is worth following, even if you can never fully realize it. You get close now and then, almost asymptotically, but perhaps it’s most important when it’s just beyond reach. And so, even though Transindifference ends with Nelson chanting “dash thirty dash” over and over, referring to the newspaper code for the end of running text, Through the Sparks will keep going until… who knows? They might be hauling amps and gear with bad backs or walkers, or they might just implode tomorrow. Nelson hopes that their humor, intensity, and purity of purpose all lead to that great rock and roll accomplishment: going out with a bang. “You can’t just say, Let’s stop. It’s got to end in an Applebee’s parking lot. It has to die a bad death.”